There are many metrics. We’ll cover one for each kind of unusual observation but be aware there are others.

Don’t worry about the formulas, concentrate on the concept. Faraway 6.2

Remember the hat matrix only depends on \(X\).

\(h_i\) is a Mahalanobis distance (wikipedia it).

The regression line/surface is pulled towards observations with high leverage. 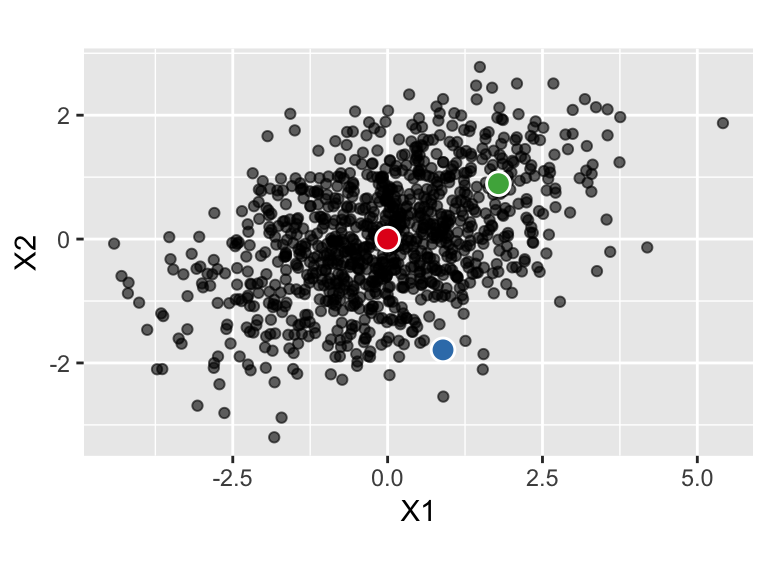 Blue point is much further from the mean in the Mahalanobis sense than the green point. The blue point would have higher leverage.

A observation that doesn’t fit the regression model will have a large error, but this doesn’t necessary translate to a large residual because we fit the model to minimize residuals.

This value, appropriately standardized, is called the Studentized residual.

Motivation: We can examine a plot of the response against each explanatory, but the observed relationship is complicated by the effect of the other variables.

Useful to graphically check relationships between the response and explanatories after “accounting for” the other variables. Examine for evidence of non-linearity and unusual observations.